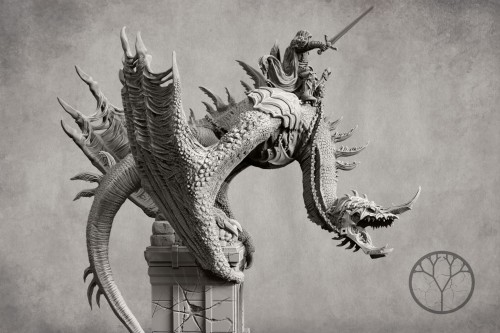 Availability: low availability
Dispatched within: 14 days
Delivery: The price does not include any possible payment costs check the delivery methods
Price: €50.00 50.00

Devon has fallen. Its gates were crushed and shattered beneath the wrath of the Fallen First Legion. Raddos entered the city on his newly possessed Animated Beast, Lavrack. In this climactic battle there was no honour. Screaming civilians ran through the streets, desperate to hide from terrors flooding through the city gates. None survived; all were targets for the fury of the Fallen First Legion. The invaders sought their old king and former master. As night fell, Devon was left in silence; over the city walls flew the dread banner of Raddos.